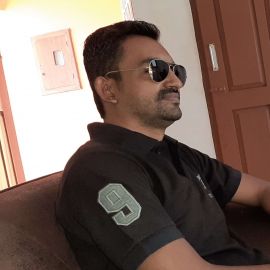 Today lets talk about career selection. Before joining any race, we must ensure the reason that why should i run. So question is...

WHAT IS CAREER?
Career is not just an instrument to earn money. Its more than earning. Its about satisfaction, pleasure, dignity, principles, and goal of life.

Let me explain each one of them in detail.

Suppose Albert Einstine's father presurrised upon him to choose mechanical engineering because that branch has more opportunities than any other branch. But Einstine is having interest in finding fundas of universe. So it is possible that by choosing ME he will get an attractive bunch of money every month. But he will suffer from unsatisfied feelings for lifetime which will be there in his deepest corner of heart. Moreover while he will be at work, absence of pleasure will follow him and EINSTINE will supervises a welding process at site instead of being thinker of RELATIVITY. ☺☺☺

Now just think that somebody told Mrs KIRAN BEDI to join underworld as career instead of IPS because one assassination in a year will bring a large bunch of money than a sallary package of an IPS OFFICER's annual package. But kiran bedi will not join underworld. Here observe duty of IPS and underworld bad guys are more or less same. Both are having courage, fame, name, money, dynamic life style. But in IPS career, u will get highest DIGNITY, SALUTE and RESPECT. (Though in our society some bad guys underestimate the values of these parameters in life and are ready to work for money only)

For some people their principles are more imp than money or any other factor. For example SARDAR PATEL was a success barrister. But when he came in influence of MAHATMA GANDHI, he just leave his career and followed the principles of GANDHISM lifetime though he was having conflicts with nehru many times.

So, moral of the story is, you must decide firstly that for what purpose you are selecting your career. Becoz again let me remind you that CAREER IS NOT JUST AN INSTRUMENT FOR EARNING MONEY.